Eleven ex-pupils from Hemel Hempstead Grammar School were killed during the Second World War.  Ten are listed on the school memorial and their details can be accessed by clicking on the names below: 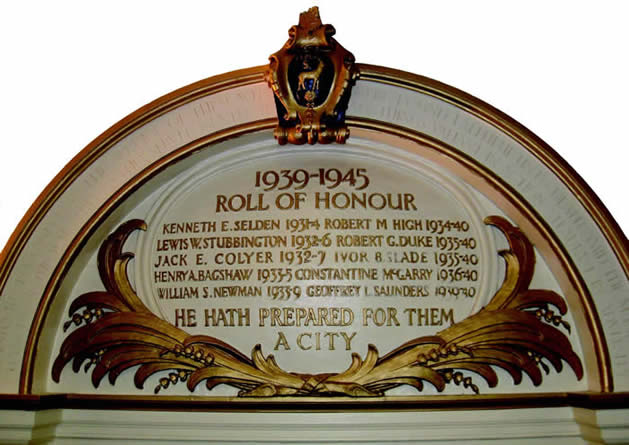 Some mystery surrounds why an eleventh name, Joseph Keen, is missing from the memorial.  Nancy Newberry recently discovered that the school magazine's coverage of the dedication of the memorial, mentions Joseph Keen, as listed below. 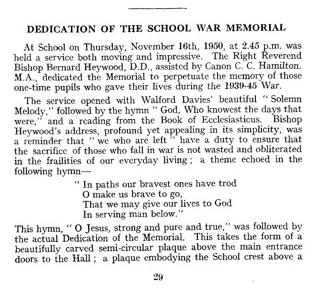 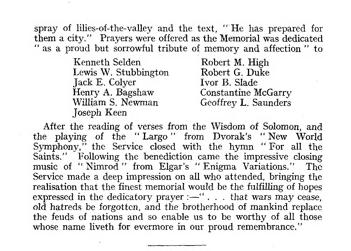 It is not clear why Joseph Keen does not appear on the school memorial, especially as he was mentioned in the context of its dedication.  He has now been commemorated on a plaque beside the main memorial, dedicated on 11th November 2011. 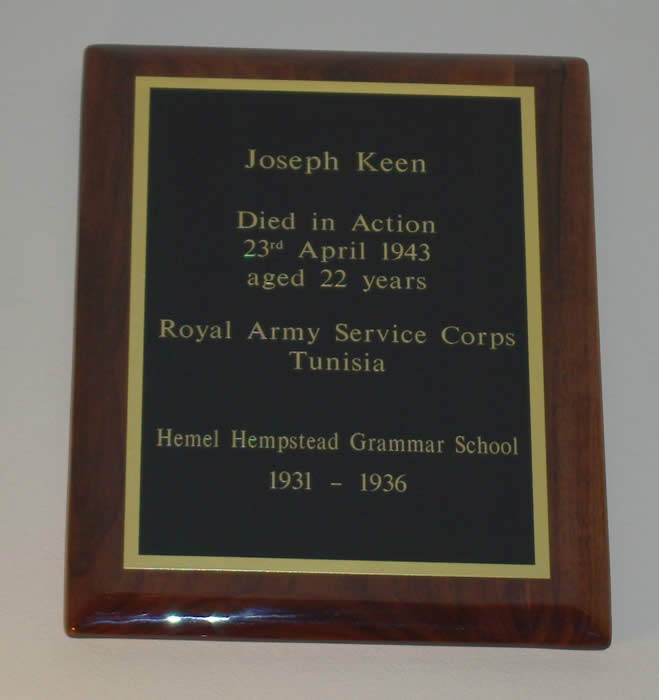