We have prepared a Roll of Honour of those from the local area who died in World War One.

Our work on World War One will be developed at a later stage as we are currently concentrating on World War Two.  However, information is always welcome so if you have any material on local people in World War One please do get in touch through Contact Us.

An interesting and detailed book about the area during the First World War, written by Bertha and Chris Reynolds, was published in 1995: The London Gunners Come to Town: Life and Death in Hemel Hempstead in the Great War.

Charles Henry Foskett had served in the Boer War in 1900 as detailed here.  Soon after the outbreak of the First World War he re-enlisted, served the duration as a bandsman in the 1st Hertfordshire Regiment.  His service medals, including his ones for South Africa and the Territorial Force are below: 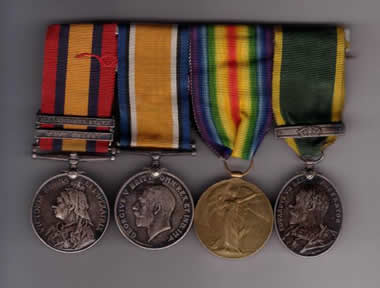 Edward Grayson was born in Lurgan, County Armagh in 1894 and did not move to Hemel Hempstead until 1939, where he lived until his death in 1973.  He originally came to England in 1912 or 1913, having taken civil service exams in Belfast and been posted toTo London. He was called up in 1917 and initially trained as an infantry officer with the Royal Artists Rifles, but was transferred to the RFC at his own request and served as a 2nd Lieutenant.

In days when bombs were in short supply, air crew resorted to dropping anything over German lines if it might cause damage. Bags or jars of nails were common makeshift weapons. On one occasion, an old sewing machine was heaved into Edward Grayson’s aeroplane. However, it fell through the base of plane onto the airfield during take off.  In the Second World War he served in the Home Guard in Boxmoor as detailed here. 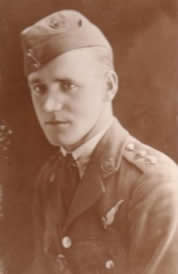 Edward Grayson in the RFC

Tommy Byers was not from Hemel Hempstead, and never lived there. However, an interesting post-war photo of Gadebridge has come to us from Jason Burke (who obtained it from Dave Donatelli in Canada) through his work on East Belfast during the Great War. 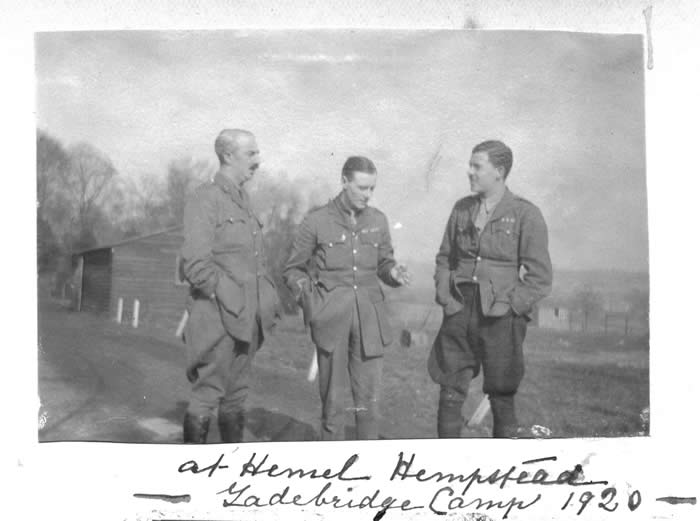 Tommy Byers was from East Belfast and lived at 144 Earlswood Rd.  He was a member of the East Belfast Regiment of the Ulster Volunteer Force before the outbreak of war.  During the war, he was at one stage certainly with C Company, 9th Batt. Black Watch, as he is pictured in a Company photo as a 2nd Lieutenant.  He appears to have been attached to the Leicestershire Regiment towards the end of the war.  Tommy relinquished his photo album in 1976 in a rest home in Mission BC Canada, and lived until he was around 94 years old.  Tommy is possibly pictured in the photograph although we cannot be certain.