Flight Lieutenant Jeff Kenneth Bell was a navigator in the Royal Air Force (23 Squadron).  He was killed on 17th October 1983 when his Phantom hit high ground at Mount Usborne in East Falkland.  His body was returned to the UK and he is buried in Holy Trinity Churchyard in Leverstock Green. 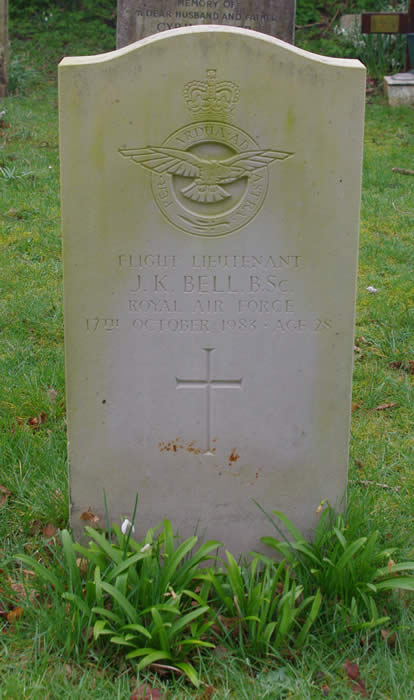